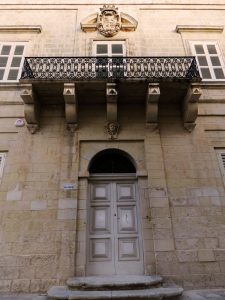 There are two Villa Depiros in Lija, one on each side of the Parish church. The one called Depiro Gourgion in Sir Ugo Mifsud Street was the site of the National Assemblies held on the 8th August 1919, 26th August 1920 and the last one on the 27th May 1921. These assemblies were held in preparation for the granting of limited Self Government by the British Colonial administrators after the civil unrest of Sette Gunio 1919. The large garden of this Villa was later bisected into two because of the building of Transfiguration Avenue and its Belveder tower was there upon converted to a traffic island.

At present the Villa Depiro Gourgion serves as a private Arts Center. The other villa Depiro belongs to the Lija church and has been rented out.

Other Places of Intrest
Copyright All Rights Reserved © 2012
Contact Us